A Saint Gone Before Us 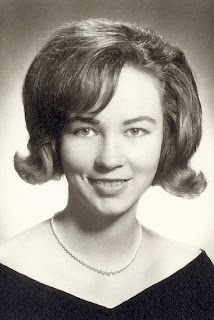 They say you don't know what you've got until it's gone.

But I think we do fail to assess just how much people mean to us and how valuable they are, until we finally realize they will no longer be there.

The simple understanding we will no longer hear their voice again or see their smile one more time brings a sudden clarity.

Today we lost one of the kindest, sweetest saints I've been fortunate enough to know and have in my life.

My wife's mother Barbara Snyder passed away this morning after more than a year and a half battle with cancer.

A gentler, more sincere and soft spoken person you could never meet. 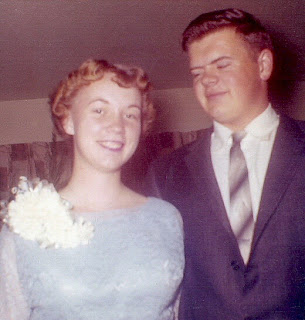 After losing someone before their time, our first question inevitably is "why"... or if you are a believer, "why, God"...

It is one thing for someone to go before their time, but another when they genuinely made the world a brighter, happier, more hopeful place for the rest of us.

That's when you break out the pen and paper and start jotting down a long list of names as suggestions for God on who might be better suited to go!

Or you could be stopped in your tracks as everyone around the table is crying and speechless... except Barbara.

When she knew it was past the point of no return and it was just a matter of time, she gathered all of her family to talk about her will and wishes after she were gone.

And she alone had no tears.

She was as serene as ever and talked about being at peace and just worrying about us afterward, knowing she would go to be with the Lord.

Then the cancer went on to quickly be so devastating, taking away so much, week by week and month by month. But she never stopped smiling.

When she was no longer able to stay awake more than a few minutes a day... and there were only a few days left... I helped Amy to turn Barb over in her bed at the hospice care home... and Barb looked up at me with the biggest, warmest smile I had seen her give in months.

That was just Monday and that was the last time we saw her responsive.

She and we all were so incredibly fortunate that she was not in serious pain throughout her decline and final days.

I don't believe that I "don't know what we've got until it is gone". But I do pause to really take in an account of how much of an impact she had on the world, as well as me.

And I do think we forget how everything we do, big and small, has a powerful affect on so many others, for years, decades and even into eternity.

She played such an irreplaceable and enormous part in the forming of the character of one of the strongest and most amazing women I've ever known... her daughter Amy... the beautiful, wonderful girl that I have been married to for almost 25 years. 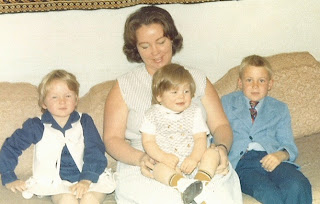 And because of that, Barb unquestionably played an indirect but huge part in the forming of the strong character in my own adult son and daughter.

With 3 children, 4 grandchildren and 1 great grandchild, Barb's sweet spirit and influence are an undeniable legacy. 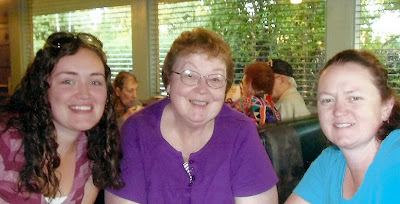 And we love and will miss her so very much.

"And God shall wipe away all tears from their eyes; and there shall be no more death, neither sorrow, nor crying, neither shall there be any more pain: for the former things are passed away."