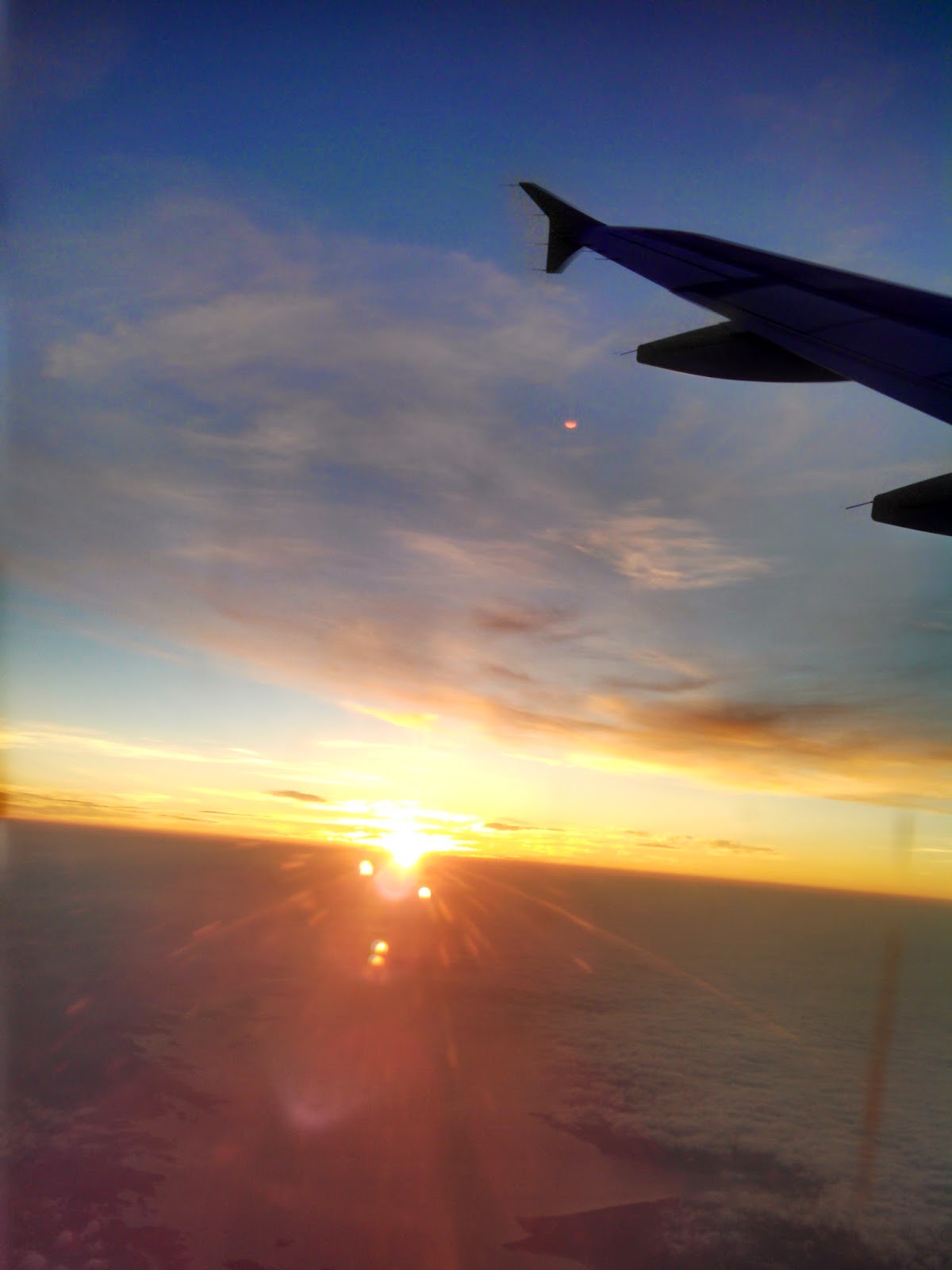 As our plane approached JFK a few days ago, just when the sun was coming up, I was amazed at the minute by minute evolution of the colors in the sky and couldn't help but wonder if they only looked more brilliant because we had been up for 24 hours.

My two favorite things about flying on planes are 1) not having to do it and 2) if I do have to do it, my finally getting off.

But this is not because of anything inherently bad with planes. Planes are awesome, aside from the fact of being trapped with 100 other people in a hermetically sealed fart tube for 5 hours.

But I just am old and slightly broken down.  I have nerve disease and damage, which causes endless moderate to severe pain, especially in my right arm and left leg. So plane flights lasting more than a few hours are torturous. The pain in my left hip, leg and foot are so bad, I am almost always immediately limping around the next airport. With the 4 hour layover at JFK, I hope I was just known as the bearded shoeless guy and not the bearded stinky feet guy.

I was a bit surprised to talk to a couple uncles about how much similar or different nerve damage in the legs run in the family and how long they've dealt with it. But I was more upset to see how much my dad has progressed to having trouble walking at all by himself and I had to help support him whenever he tried to stand. When he did finally get to his feet by himself a few times, I tried not to hover but while still keeping a close eye on him. 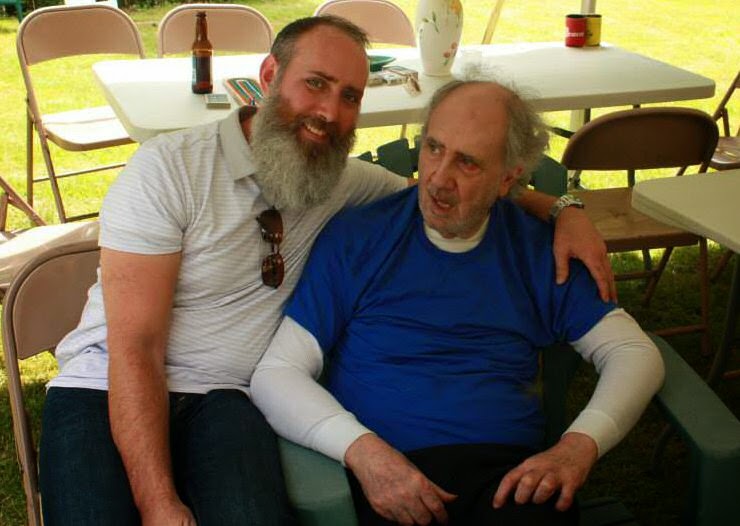 Dad's health has worsened so much more than I even was aware since I saw him over a year ago. I had hoped to have one more game of cribbage with him like old times, but we simply were not able to play more than one hand before he gave up. But we did get a chance to hug. We tried to talk, mostly unsuccessfully.  I know he understands only some of the things I said. So now any and every understood word is suddenly priceless.

He demanded a shot of bourbon with me, to which I was happy to oblige. Thanks to his shaky hand and my beard, I think we were tied for amount dribbled down the chin.

He also demanded to be able to throw a few horseshoes which was a genuinely dangerous idea that we immediately agreed to for some reason. But he even got one tossed (okay, rolled) most of the way down without injuring anybody. Admittedly, the same could have been said for a few of my throws.

I know it was a bittersweet moment for him of excitement mixed with frustration that these damn machines we call bodies don't forever keep simply doing what we tell them to.

He and I both got very teary eyed at Lauren's tribute song to his best friend since childhood and my namesake, Patrick Finnegan who passed away suddenly earlier this year.  Aunt Ginia set out a beautiful memorial table for Patrick with a number of great pictures of him.  It helps that people named Patrick are almost always really good looking. And funny. And beloved, etc.. 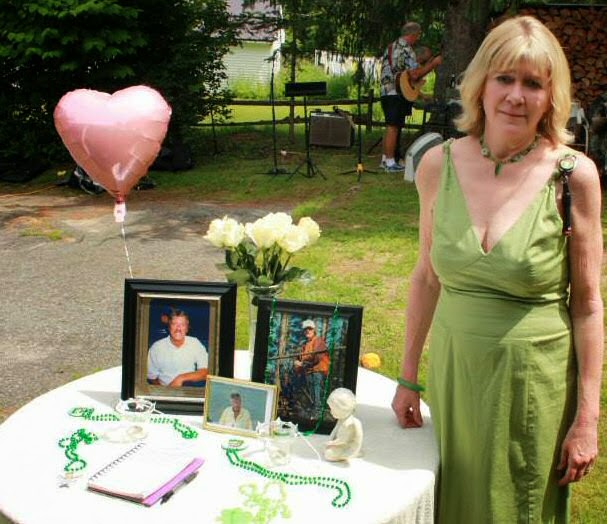 But thankfully that is always much more punctuated with vibrant life itself and the younger ones, including the running, screaming and jumping littlest ones. It is sometimes hard to remember our being that age and that free. And loud. And dirty.

From my terrible dancing to the spontaneous pontoon ride to the good food and the performing and singing by Uncle Steven and his friend Steve, it was a wonderful time.  Steve B. even let me play his guitars a couple times and I think I easily played less than a hundred wrong notes. But it was my first time jamming with Uncle Steve and I couldn't have had more fun.

But the best part is still just simply hugging and hanging with family, both old and new.

What might be misleading with my melancholic tribute is that truthfully, the entire time was filled with a thousand laughs for every shed tear.

It so breaks my heart to see my dad this way and knowing that I may never get a chance to play him cribbage or chess again, but that could only even be true because we already have so many wonderful memories of those times together in the past.

And so I love playing often with my kids now, even if they try to occasionally cheat because I am so much better.

For every pain and every remembrance of loved ones lost, there are countless fond and hilarious stories and so many more new ones always being made.

Sometimes all we can do is laugh and retell them, sing about them or write about them.