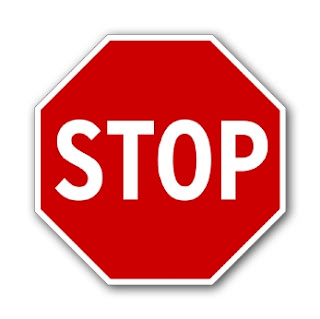 Do not read this, you cannot handle it.

OK, so you're still reading this, so we're off to a great start so far. I am OK with that for about roughly 10 percent of you. That is my completely unscientific and rough estimate of the average amount of people who can handle truth that is not sugar coated.

I wish I could say, "why, back in my day...", since I am obviously horribly old. But the truth is that "back in my day" was not long enough ago for that expression and in fact, in my day America was literally infested with hippies. It took us until the Reagan administration to bring them back down into acceptable numbers.

But if I had lived a couple hundred years ago, when your leg routinely got amputated WITHOUT anesthesia, I sure as hell would use that expression.

Well, tough. I'm going to tell you some truths that you won't like. And if you're still reading, it is your own fault.

Does that mean there is no God or He is unfair, or that we should be unfair or that even most people are unfair? No, it means that LIFE is unfair. Pay attention.

Cheered up yet? Good. Shut up and read the next one.

2) SPANKING IS NOT BAD FOR YOUR KIDS

The difficult part is finding the perfect amount. Spanking your kid once a day "whether they need it or not, to be safe", is actually wrong in most States. So is threatening to spank and never doing it.

Also? Convincing your snowflake that the world revolves purely for their happiness and that as adults, they will always be welcomed and swaddled in a warm blanket by equally caring and loving teachers, employers and police officers? Great idea, mom/dad/robot.

Nothing bad could ever come out of that strategy. They will finally and painfully learn truth #1 above, about 18 years too late, but at least you will feel good for a couple years.

3) ALL POLITICIANS ARE LIARS

OK, this one is technically not completely true. I should have written that all LIVING politicians are liars. Most of the non-breathing ones are no longer deceiving huge portions of the world.

Are you super proud of the fact you are a Republican or a Democrat? Good. We are estimating that in as few as 2 or 3 years, we will need some promising individuals that are intelligent enough to step up and replace the current cast of Jersey Shore.

Fortunately, our politicians would be even far worse liars if not for our free press and news outlets (4th branch of government) constantly confronting them and holding their feet to the fire............. HAHAHAHAHA!

4) YOU WILL NEVER BE RICH OR FAMOUS

Strong proof there actually is a God, this fact is not really terrible at all and even somewhat makes up for the existence of Republicans, Democrats and reality TV.

Depressing, huh? You're right. One might even say UNFAIR (please see #1).

Some might also say it is a good excuse to only do everything to make yourself happy and not care about anyone else. This is actually a very sound and time proven strategy and will bring you at least a good 40 to 60 years of misery. Good luck with that.

More unfairness and weirdness to boot. Trying to only please yourself will make you miserable and alone. Not counting years of having your own TV show, of course.

But I, on the other hand, have dedicated myself to others happiness, starting with positive, inspirational and heart warming blog posts.

I have practiced both methods and I can tell you with conviction that trying to only make yourself happy works really well. I mean terrible. It works really well until you put out an eye or wake up in the drunk tank (which I have not actually done, I still have both eyes).

If you really want to be happy, the surest way to do it is to find someone else to make happy. For starters (almost like a do-it-yourself kit) you could and should find somebody to love. And then maybe make babies with that person and then love those babies.

This is one obscure method that was regularly used back many years ago (before anesthesia).

Finally, do everything you can to help and better the lives of those you love.

This includes always telling them the truth even if it hurts, spanking them, buying them a dog and most importantly, never ever allowing them to watch the Jersey Shore.
Posted by pshene at 4:06 PM 4 comments:

A Moderate Rebuttal To My Moderate Liberal Friend


"Pat, I know you'll just dismiss this, but I thought I would forward an article more eloquently stating some of my thoughts from our Arizona (shooting) conversation the other night... just one view."


Ugh. If you're going to send me Paul Krugman articles, I'll send you Ann Coulter ones.

Krugman:
"And it’s the saturation of our political discourse — and especially our airwaves — with eliminationist rhetoric that lies behind the rising tide of violence. "

Guess what? Saying that over and over does not make it true.

Even if it is said more "eloquently" as you believe he did it, that still does not make it true.

Saying "there is a connection" does not actually and magically create that connection.

That is not how reality works.

(Were you by any chance part of those who said rock music causes suicides or part of the crowd who said violent video games cause school shootings?)

You still have no evidence that this registered Independent shooter was motivated, inspired, encouraged by the Right or that he even had contact with the climate, rhetoric, talk radio or even one pundit on the Right.

But you've still decided he was exactly that.

You made that leap in logic and there you stay. Firmly planted. Afraid to concede that it might not be righteous or logical ground.

Aside from my hoping you never sit on the jury for any case in which I am accused, you should try to broaden your vision a little.

(Please try to, as there are so much better commentators on the Left you could read than the NYT's Krugman. He is a rabblerouser, like Limbaugh.)

Krugman's reference in his 2nd paragraph to the upsurge in violence through the Clinton years... with then a sudden and huge jump right to year 2009 was myopic, hypocritical, deliberate and yet completely expected of him by me.

And there is real good reason for him to want to skim over most of this century's first decade.

The hateful rhetoric from the Left during Bush Jr.'s years so far superseded anything during Clinton's administration and the current one, it could go without saying.

But that does not mean it should.

I have personally read dozens of outright calls for violence and even assassination against W. in political forums over the last 10 years. To believe the Left is more civil is just incredibly absurd. It is not naivete, it is willful ignorance.

You get a quarter million conservatives to gather and they have a picnic by the Lincoln Memorial.

You get a quarter million liberals to gather and they have teargas canisters thrown before it is halfway over.

During the Bush years, I watched protest after protest after protest (one protest every Friday in Portland for over a year, at one point) where tens of thousands of literally screaming, raging liberals took to the streets and used it as an excuse to riot, destroy property and attack and injure the riot police that had to be called out time and again.

I watched as even during the Republican National Convention of 2004, Jesse Jackson and Michael Moore helped lead several hundred thousand protesters down the streets of NYC (during the RNC? Really?) and over a thousand of them were arrested for rioting and violence.

It was pretty huge in the news at the time.

Haha! Just kidding! It was glossed over, ignored and forgotten as quickly as possible.

Krugman drones:
"Where’s that toxic rhetoric coming from? Let’s not make a false pretense of balance: it’s coming, overwhelmingly, from the right."

Wrong. It simply comes from the party that is not in power. Always has been.

But Krugman knows that. (I will bet you $50 that he has to drink almost a whole bottle of wine before he can type his weekly hypocrisy.)

Nobody dramatically and permanently changed the level and hateful and disgusting tone of the so called "eliminationist (sic) rhetoric" more than the Left did during the Bush Jr. years.

Not even remotely close.

There was - and still is - utter hatred by many of the Left.... a hatred for George Bush Jr. personally as a human being... and not just toward his policies.

I do see some on the Right descending down that path with Obama, but they have not reached the level of "2000 - 2008" raging and frothing yet. They simply have not.

But more importantly, it has not been tied to this utterly detached and insane shooter yet.

Does the level of discourse need to become more civil? Of course.

But girding your loins and sense of righteousness with that 15 cent maxim and then suddenly taking the quantum leap to saying this particular shooting was directly influenced by the likes of Bill O'Reilly and Glen Beck without (still) a shred of direct evidence? It is just tiring.

Almost as tiring as reading Krugman or watching people politicize this horrible tragedy, which apparently now I too am guilty of doing for not letting this go.

I at least admit that evidence could still arise that the shooter was in fact motivated by talk radio, far-right politicians, etc.

It could. But it as of yet still has not.

Let me be clear... I don't say such evidence does not exist. I say it has not been uncovered or tied to the shooter and his motives.

In fact, the police have repeatedly said they still do not know what his motives were.

But no matter... you're steadfastly condemning others (not even the shooter) like Beck, O'Reilly, Limbaugh, et. all, before any such evidence arises.

As you said, "I know you'll (probably) just dismiss this", and yet I always naively hope that actual reason will somehow get through to others.
Posted by pshene at 6:00 PM 1 comment: