Whenever I travel, I usually like to write a blog post. This is mostly because I prefer to labor under the false impression that anyone gives a crap when I travel. Also, layovers, ADD and narcissism are a potent combination.

When I leave the country, I usually worry about forgetting to buy or pack something but this year those things no longer bothered me at all and I strangely have peace of mind about them.

That is because this year I am only worried about when I pulled out my passport this morning just hours before I leave America to see the beard I've nurtured for 3 months makes me look a lot like "not the guy in the picture" and a "bad guy".

I do not want to generalize or stereotype, but I fully expect in my very near future to run into several unpleasant experiences:

1) A quite vigorous "enhanced pat down" in a private room. Whether there are candles and Barry White playing remains an x-factor.

2) A large, burly TSA agent named "Hugo" present for the pat down. I may even be on the receiving end of it.

(Reminder: the last line sounded way worse than intended so don't forget to delete it.)

The last time I went to Jolly Old England™, I planned way ahead by doing the following:

- I think I wore clothes
- got onto (probably) the correct plane

But I did not plan ahead enough to somehow sleep on the plane and since I flew out at midnight, when I landed I was awake for well over 24 hours, possibly 100. 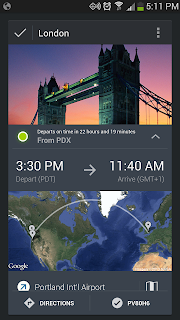 (I am not a "plane scientist" be we have GOT to be
wasting a lot of time by not just flying in a straight line!)

On my last visit to England, the girl behind the counter in London quickly determined I was sleep deprived AND a filthy foreigner, so she immediately jumped into action and handed me the keys to a stick shift.

Two hours were spent employing the tried and true practices of fervent prayer, opening windows, blasting music and slapping cheeks. I am sure there are still several places, clearly unmarked, where I did not scrape my left tires on their curbs.

But this time I have planned even more ahead and expect to sleep on the somewhere between 6 or 73 hour flight with the modern day help of a little something we like to call "chemicals".

They come in handy pill (sometimes liquid) form and can be bought anywhere from over the counter to even from a guy named Philippe in the airport bathroom.

I am completely confident that I may possibly wake up refreshed/alive when I hit London in 12 to 49 hours with my horseshoe shaped pillow covered in drool.

A scary, hairy guy in a uniform is walking this way that looks exactly like "Hurley" from LOST.
Posted by pshene at 2:59 PM