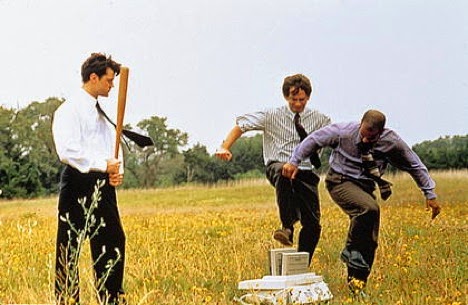 I went 44 glorious years without knowing what shampoo tasted like. Halcyon days indeed.

My calendar looked wide open to fit in the same pleasantness for at least another 44 years, until some system errors started recently getting reported.

Like all serious software bugs, it is almost never one thing at fault but a combination of proprietary systems.  Once you remove one component, the problem goes away.

Fortunately, I have kept meticulous notes of all my life software and hardware upgrades and replacements, so I recently set to running some diagnostics.  Here is what the Event Log reported:

I know most people's reaction would be to just rip out and remove one of these critical components, but older systems and their conflicts can cause even more problems if not approached carefully.

So, the current plan of action is still to apply the stopgap:

Patch 135b: Sleep in the garage

But this is an obvious n00b move that would only cause even more resource conflicts, including access to critically depended upon legacy hardware, such as:

Don't even ask me about retired System 12a.

So, we are sticking with expanding the mainboard palate to accommodate hair care products. For now.

But I was not completely unaware of soapy flavors, in both bar and dish liquid form, because of a serious crash in the infrastructure when I was younger:

Virus outbreak / Pr0bl3m Child:  a particular 7 year old who cussed like a sailor

Luckily, this malware was quickly detected and (mostly) eradicated.

I wish I could say all my systems are becoming a little bit more stable or robust over time, but the transcript from one of my tech support calls from literally just yesterday has me worried:

Me: (after minutes of walking in circles) Honey, have you seen my headphones anywhere?
Wife: Do they look the ones you're wearing around your neck right now?
Me: Whaaaa... oh, come OOON! Listen. We will speak of this to NO ONE.

I admit that at first I tried to get that support log deleted as if it were a rare occurrence, but it's not. Just hours before that, a serious enough memory dump occurred that I put on my blinker as I was turning into my own driveway.

Yeah. And I'm only 45. One of the nicer models, but we threw out the warranty.

Sadly, that leaves me with only two remaining action items / queries: