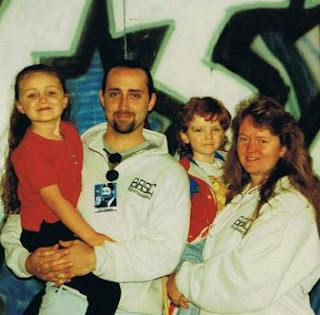 There has long been the joke that parents really do pick their favorite child, but they never want to say that out loud. Picking a favorite is something that I think also holds true for most kids toward their parents. Of course, many people sadly do not have a relationship with a mother or they have one that is incredibly broken. That is one of the most painful places a person can rest in this world, without the love of a mother. Yet, if you were to take a poll with most kids, mom is still usually the favorite. It is not always true, but moms often represent nurturing and healing and love to many, far more than their fathers do.

Fathers too often mostly represent cold distance and wrath and punishment. Mothers too often mostly represent a protector against that wrath going too far. Finding out that the bible says God is a Father is often less than encouraging or satisfying when that word father is tied to so much pain. But God does have a healing and nurturing side that is meant to be reflected in each of us. And it is man and woman together that dimly reflect His complete character.

I have always been incredibly independent (weird) from a very young age. I was not very close to either of my parents for most of my life, but we knew that we had love for one another. But sadly, it always went unspoken. Tragically, the words "I love you", which should be spoken and lived the most in this world and in shaping our children, are very often the most secretive and unspoken words, from both dads and moms. And the results often sadly show.

I am and always have been genuinely in awe of moms and all women. But from the youngest age, this wonder was tempered and threatened by outside propaganda and the reality of home life. In other words, my attitude toward women was constantly damaged by both the lies and the truth.

From the young age of four, my parents thought it would be healthy to allow me to indulge in my love for the female form as I refused to stop sneaking in to look at dad's Playboys. By fourth grade, I had a centerfold as a poster in my bedroom. By eighth grade, I had my own subscription and my room was wallpapered with dozens of them. But I also had spent fourteen years watching my parents scream and fight and verbally and physically abuse one another. I decided marriage and maybe even women altogether were something I would never have a part of. My attitude toward women was so angry and condescending, bleak and unforgiving for so many years.

But then God brought Amy in my life and into my heart. I watched her peaceful strength help me to raise two wonderful kids, at the same time that she anchored me for the last three decades and kept me from falling apart, over and over.

And now I can look even further back and I remember there actually was some laughter and love that did exist in my parents' home when I was growing up. There were plenty of times the parents were not screaming and fighting and crying. Instead, they were hugging and kissing and laughing and smiling. There were so many times they sacrificed and went without, so we kids could be provided for. They fought desperately and patiently to keep together such a damaged example of family. They almost lost me forever to addiction and violence, but they both persisted and with God's help, they helped prevent that.

I can remember even farther back when mom fiercely watched over and protected me. She harnessed the energy of a genuine little psycho and taught him to read and write by the time he was four. I can still picture the day when she gathered her three young boys and tried to flee with us from North Dakota, when the terror and the violence had gone too far. I watched as she gave him one more chance. He knew it was his last chance and he never hit her again.

As my uncle Jerry said of his and my dad's father, "The words I love you never passed his lips, but we knew he did."

The same mostly could have been said for dad too. I knew he loved me, but oh how I wish he had simply said it, when I was at my most broken and violent.

Now I've watched my mother for the last eight months, devoted and remaining lovingly at my father's bedside, as he lies there on life support. The love of a woman for her husband and her children is a fierce and awe inspiring thing. I do not know if I have ever seen any force stronger, more tenacious or often more heartbreaking.

Mothers work at the hardest and longest running jobs in the world. Day and night. And at the end of only their first eighteen year shift, they do not get a review or a bonus and often not even a thank you. But they keep working. And they keep loving. They keep showing something that the world desperately needs to see more often. They show us a side of God that we could never replace and one that we can only feebly imitate.

If you never had a close relationship with your mother or she is no longer with you in this life, reach out all the more to the friends and family that you do have near to you. Hold on tightly and strive to be the best mother or father, son or daughter, brother or sister or simply the best friend you possibly can be. Surround yourself with people of strong character and example.

Be the best human that you can be and try to pass on a lifetime of mostly healing and not hurt. Find those who are broken and without a mom or dad and strengthen and comfort and support them.

If at all possible, do not assume that your loved ones already know how you feel. Pick up the phone and tell your mom or dad or son or daughter that you love them. If need be, tell them that you forgive them or need them to forgive you. Strengthen the bonds you have and forge new ones with those other friends and family that God brings into your life. Regardless of what you've seen or experienced, choose to be that person of strong character and example.

The illusion that this lifetime is long is the greatest lie that we tell ourselves and one that we fall for again and again. But all of  this actually goes by in a blink of an eye.

Never let the words "I love you" go unsaid. 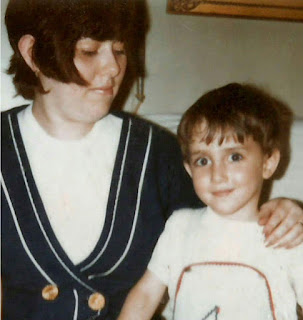