How To Tell If Facebook Is Right For YOU 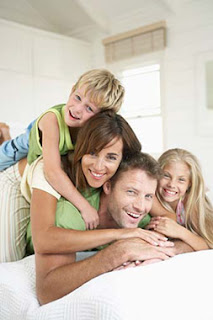 It is already halfway through 2010 and by now you almost certainly have had friends and family tell you about some of Facebook's many useful benefits and features such as, "why aren't you on Facebook" and "everybody is on Facebook".

If you just recently joined or you feel pressured into checking it out, this is perfectly normal, as we all want people to like us and we want them to think that we like them.

But jumping in feet first without more information has left some people dissatisfied and so these following helpful, easy to remember tips can let you know beforehand whether or not the world of Facebook is the right fit for you.

Not unlike real life, friends are the foundational concept of Facebook. What it is really "all about". The first thing you will notice after a day or two online is that you still only have about 20 friends and each of them have over 300. This is fairly normal at first. If you want to know how many friends you "should" end up having, then use this simple formula:

Count the number of real (touchable, humanoid) friends you have in life. To make it easier to decide who qualifies, just ask yourself if they would come to bail you out of jail at 2:00 in the morning for public indecency. No? Then don't count them. Same goes for family and relatives. Now multiply the number you arrive at by 100.

This is the number to shoot for. Do not feel frustrated if it takes a while. You will break the 100 mark, 200 mark etc. before you know it, since sending friend requests to every single one of your 20 friend's friends will expand your list exponentially. That means it will grow faster and faster. And sending friend requests will be the only thing you do for the first month or two. Besides agonizingly watching your friend count like it is the very measure of your soul's worth.

When you are in line at the movies or the Jamba Juice at the mall, do you ever blurt out things like, "I love this weather!" or "my kids are driving me nuts!", to nobody in particular? Good. One of the basic premises of FB is blurting out things, sort of an electronic Tourette's outlet.

As you sit before the screen, just type the first thing that comes to mind, however illogical, visceral, inane or cryptic. If you decide later that your irritable bowel or parking ticket were less than stimulating conversation (zero comments or replies), then you can always just click the 'X' and delete it! You will notice right away that almost everyone doesn't use that handy feature at one time or another.

But if you are one of those type personalities that is much more reserved and compelled to fitfully weigh how the average reader or the majority will judge your every word, then Facebook is still a great place for you.

In fact, believe it or not, most of FB is made up of people who are equally reticent and silent. They are called "lurkers" or "creepers" and spend most of their time online reading the strange ramblings of the same exact 20 or so of their 300 friends. They almost never post anything new or original themselves, except for the occasional, "don't you hate people who make <fill in the blank> their status update?!" type complaints.

Some assume that since FB is a "social networking" site, that networking socially will be commonplace or expected. Not always true.

Ever notice how dinner parties usually have people break into the same small cliques of 2 or 3, with the occasional solitary stragglers here and there who are eavesdropping? Life imitates art and the Internet imitates life, albeit awkwardly.

And do you notice there is also always that one person at the party who had too much to drink and is in the middle of the room yelling out something indecipherable to nobody in particular? They will be your daily "News Feed". Enjoy.

If someone you have not seen for a while walks up to you at Bed, Bath and Beyond or say, your local yummy Jamba Juice™ and says hello, do you immediately, without saying a word, pull out a wallet full of pictures of your grandkids? Perfect!

Then you will truly love the free picture upload feature of Facebook, just as soon as one of your grandkids shows you how to use it for the 4th or 5th time and you finally write it down. Imagine being able to whip out entire albums of photos and forcing people to flip through every single one before you have to say hello (or goodbye). Pretty cool, right?

Another great feature of FB pictures is to convey things of great value and importance to us, like the notions that we truly look happier than others in life and can afford to take expensive vacations.

Did you know that in olden times, to prove they were more fulfilled than their friends and families, people used to be forced to do the same thing with something called "slides"? This was back in the 1800s and 1900s. But those friends and families could also simply make excuses for not coming over to see them. No more.

While these are two proverbial off limits topics for parties and the workplace, the Internet has finally provided an outlet for people to have a civil, carefully thought out conversation on both issues.

Nobody has used it this way yet, but it is nice to know we can. In the meantime, blurting out things about "those damn liberals" and "oh god, I got an F in Math!" is a stumbling start in that general direction.

One of the ways that FB is most like real life is the ability to truly and permanently offend and alienate people with your opinions about politics and religion. If this is something you already enjoy, then you will definitely appreciate the ever fluctuating size of your friends list.

Few things are as effective in estranging others, except for maybe asking a girl who is not pregnant, "how many months along are you?". But remember, thanks to Facebook Photos feature, you can now do that as well.

As the world's most popular social networking site, it is only normal for Facebook to have a side feature which eats up all the time you could spend actually socializing or networking. The graphics are undeniably between OK and mediocre and some of the games are now even virus free.

These time swallowing monsters also create the perfect opportunity to get other family members signed up on FB, so they too can connect with friends and family.

Just kidding! This is so you can secretly log on as them and send yourself Farmville gifts. But don't forget, this is confusing when their friends try to Instant Message them, so always log out of the IM portion when you are not really you.

One of the other benefits of games is that they are truly an enabling tool for the silent majority online, the aforementioned lurkers. Instead of feeling guilty about only reading and silently criticizing how stupid other people's posts are (while almost mustering the courage to post something themselves), now lurkers can just tell themselves they had to connect and feed their stupid llamas anyway.

Some people are truly far too wise for this world. We do not deserve them or their life changing parables. So, now we get to read them every day. Do you like to read the Bible? Good, 'cause you're gonna. Two to three verses every morning.

Wanna "HIDE" that godly Christian friend who just wants to love your soul and use scripture to save it (and 290 of his 300 friends' souls)? Go ahead, you foul sinner. Just "HIDE" the only person who really cares about you. Hope you sleep well at night.

It's like having 4 or 5 Dalai Lamas (not the kind you feed) lovingly send you a precious, golden nugget of magical truth to your Inbox each and every day.

Born and raised in Tibet, I am sure he has an equally weak command of English spelling and grammar. Just dig past those typos for those golden nuggets! There'll be more tomorrow!

Facebook is certainly not for everybody, but if you are not already on it, you might be really weird, a social misfit, etc. You were probably picked on a lot at school for dressing funny, for instance. But honestly, don't be afraid to check it out. Especially if you like making fun of people.

The good news is that guilt and awkwardness will force many people to accept you as a friend on Facebook. At least 300 people. Even if most of them would never bail you out of jail at 2:15 AM for peeing in your neighbor's hydrangeas. They still count. And out of those 300, at least 20 will faithfully blurt out something random every single day and 1 or 2 of those might even say something you find funny or mildly interesting.

If that's your idea of a good time, then Facebook might be for you. You can always "HIDE" the super religious and political friends. Plus, the games are OK, I guess.
Posted by pshene at 2:18 PM