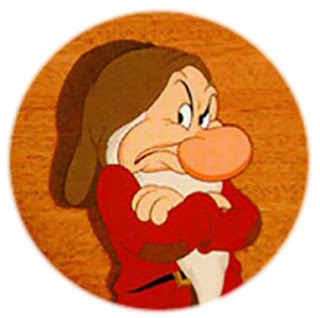 The joy of the Lord is my strength.

I am a real Christian and if you believe the same exact things I do, then you are too.

I have been a Christian for a little more than 25 years. Before that I was a Methodist. Well, I was "born" a Methodist slash Catholic, so I was pretty conflicted. In some parts of the world, Methodists slash Catholics for real, and vice versa.

And then I became even more confused when I threw in some agnosticism. And pot.

But my belief system was not very complicated and could be summed up as "ME FIRST". Not surprisingly, this is still the same core value of many Christians, atheists, hippies, Republicans, gamers and weirdos in general.

It's that they are human beings (most of them).

And this is obviously difficult to cure, but some of them, regardless of their religious belief or non-belief, actually do a commendable job overcoming our human, lifelong and often destructive 'ME FIRST' natures. This is a fancy way of saying they somehow are good people.

There was a recent article on CNN about a book warning parents their teens might be "fake Christians". I immediately posted a link to it on my Facebook page, knowing how much unity and harmony it would bring about to those who read the article. Several are still speaking to me.

There are quite a few books purporting to define and describe "real Christianity" and many of them start with the beliefs and practices of the authors and work outward from there. Surprise!

In other words, those books take my first sentences to this blog post and just remove the "thhhhppppbbbttt" part.

I am still waiting for one in which the author says, "here is the myriad of aspects to true faith in Christ and here is the long list of ways I personally am not even close to observing them like I should". Aaaaaaaand... nope, still waiting.

This is pretty normal, actually. Even if we don't admit it, almost everybody is certain that the way they do things is the most "right way". This is also human nature.

Almost a thousand years before Christ, Solomon told us that, "Every way of a man is right in his own eyes, but the Lord weighs the hearts". And we're certainly no less sure of ourselves today.

One of the greatest comforts of many of the devout is how righteous (right) that we are. We may not be 100% right, but we are certainly more right than others. In a faith that should foster unity, love and harmony, there has long been an embarrassing amount of infighting and factions.

The "National Every Church In The City Gets Together Day" celebrations are somewhat rare in the sense that they never, ever happen.

Jesus famously said that, "By this all will know that you are My disciples, if you have love for one another." And that verse is so important that we Christians definitely talk about it on a regular basis. Sometimes we even print it out in a really nice cursive font and frame it.

The popular expression, "if there's one thing true about Christians, it's that they always love one another"... has not exactly caught on yet. But it could. It should.

Until then, we will have to take comfort and refuge in our bells, whistles, incense, stained glass and distractingly loud noises (ever since the hippies were allowed to bring electric guitars into the church services).

This is the part where I play the hypocrite and say that I really do have the definition of a real Christian, but I'm sure you saw that coming.

Most self proclaimed believers would say one should start with the base requirement that we believe Jesus died on the cross for our sins. And this is certainly necessary, but also is surprisingly easy to do when compared to other requirements of the scriptures.

Beloved, let us love one another, for love is of God; and everyone who loves is born of God and knows God. He who does not love does not know God, for God is love. - 1 John 4:7-8