My long and decorated history of brewing beer has always been of public record. I have nothing to hide. I have already brewed two whole batches and definitely know exactly how to almost do it now.

The first batch I brewed (crafted, really) was skillfully enacted by having my friend Joseph brew it while I very, very carefully didn't pay attention. The results ranged from yummy to delicious. And magically gluten free.

The second batch was a little trickier and I knew this time I wanted to get my hands dirty. So, I jumped in both feet first and several other body part metaphors and insisted that THIS time, the entire thing be done by Joseph again while I took hasty notes, scribbled on the grocery list pad I stole from their fridge.

In other words, I was done messing around. 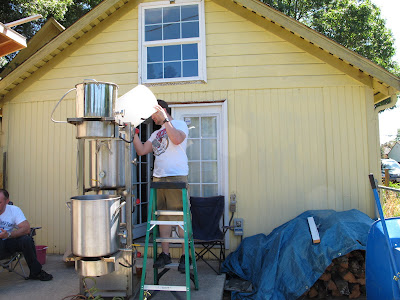 What not messing around looks like
I know now what is "wort" (pronounced "wort" for some odd reason), mash, yeast nutrient, Whirlfloc (also pronounced "wort") and a bunch of other weird words that makes me even a little MORE cooler than you than I already was.

Am I a master brewer yet? No, I don't think so. Maybe. If you want to slap that label on me, fine. But I think it is a little too soon.

Will I quickly excel beyond that of my mentor, Brau Meister Cooley? Obviously. I master all I set my hands to, but also will never, ever forget my humble beginnings. Just how I roll.

But in only two months of brewing and only gradually increasing applying myself and even paying a little bit of attention, I am the first to freely admit my gains are meager, so far.

I know this, because I also have clear and incontrovertible evidence of what applying oneself wholeheartedly and strenuously to something for several months will in fact yield: 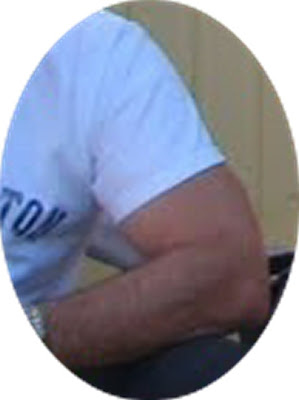