They always say we were the lucky ones


Approaching 30 years ago I first met a cute little gal named Amy Snyder and I immediately set about to change nothing about her except her last name.

Today marks our 25th year anniversary married and I could not imagine being more blessed or having spent a quarter century with anyone else.

She is not overly fond of that "quarter century" expression and I fully expect when I finally get to refer to our "half century" anniversary, she will throw things at me. I take comfort in the fact her throwing arm and aim have never been great and will be even worse by then.

But wedding anniversaries are good things besides a chance to patiently wait to make two stupid jokes over a 50 year span. They are a bit like children in that hopefully they remind us that we did at least one or two things genuinely right and worthwhile along the journey.

As we get older, we tend to become more introspective and wonder how or even if we might be remembered. Sometimes we white haired folks reflect if we made any truly positive marks or difference in the world.

In a hundred years, I know my name may not exist in any popular books, but at least once a year I am reminded that I was lucky, blessed and intelligent enough to stand in front of a huge bunch of family, friends and strangers and simply say... "I do".

It literally took less than two seconds, so I have no idea why she was so stressed about wedding planning. 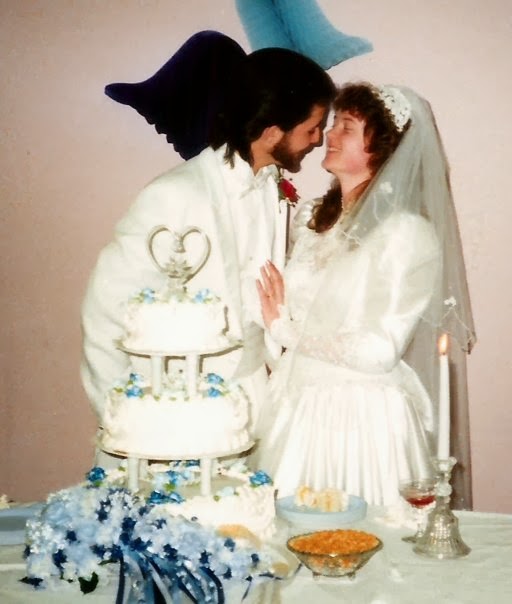 How can I do justice in describing a beautiful woman who is usually so gentle and kind, then easily so fiercely strong when need be, all while still able to make me smile and laugh every day?

I myself try to make other people laugh most every day. There is clumsy evidence of this literally all over the Internet. But I never work harder than when I try to get her to laugh and smile. I consider this my most important job.

And she's heard all my jokes so many times that it is getting harder and harder. But I won't stop. Seriously... I don't think I can stop.

People talk about their "bucket lists" and usually have traveling the world at the top, but I cannot imagine a time that making her smile and laugh is not still right there at the top of my list.

I hope I do not ever get more senile than I already am, but mostly because I would like to still be aware while the two of us end up in matching rockers at an old folks home. I'd like to see myself making fun of everyone that walks by and her shushing me and hitting my arm, out of guilt from laughing.

Obviously I am sensible enough to know things will likely not be that idyllic. Life is never predictable and tomorrow is never promised to us.

And then around that very time, I was hospitalized with surgery complications, hooked to an I.V. for a month and diagnosed with a nerve disorder. Those were the very same final weeks and months that we were regularly rushing to hospice for her mom.

As hard as those health problems were for me, I knew they were just another distraction and burden for her at the worst possible time. My not being anywhere near as strong as I wished and planned to be for her when she needed me most was infuriating.

They often say that "God's grace is sufficient" and will increase within us for our trials and it was amazing to witness it within her, a vessel so clearly prepared to channel that grace.

I tried to be there enough, just to cry with her and hold her, but mostly I was silently in awe of her strength and beauty during that painful time.

It is one thing to respect a person and wholly another to admire them.

And it is also one thing to wish to be around someone because they make us feel better and completely another thing to recognize they actually make us become better.

I am not particularly bright, but I am smart enough to know that she has done that for me in countless ways.

I do not know how many more quarter centuries we will have together, but I will spend all of them trying to make her smile and laugh every day.

If not for her bright light and amazing spirit, I would have never wanted to make even half as many people laugh and smile along the way.

I am crazy about you Amy Shene and I always will be. 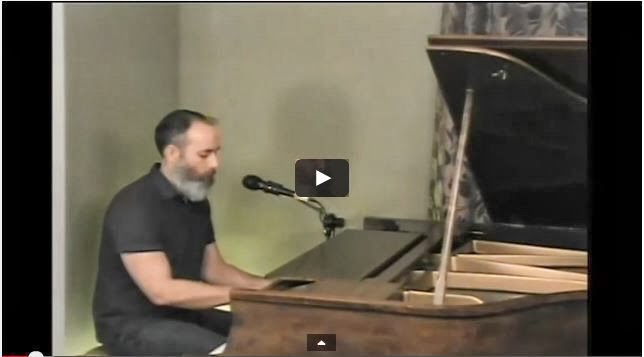