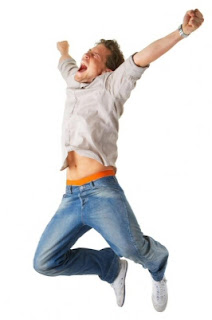 (Typical reaction to church)
(Part ONE is here)

Second of all... doing a Google image search for "sin is fun" to put a picture at the head of this post? Probably not my smartest idea in a while.

But I don't know why I am even remotely surprised that there is a T-shirt for sale with those exact words.

To clarify for the unsubtle of mind, I wrote in the last part that "sin is fun"... not that it's awesome, cool, etc. The title was not flippant, but rather a very specific jab (too unclear for some) at those who strive to persuade themselves and others that sin is in fact not fun.

Is sin fun? You bet your ass it is. Does it come with a price? Always. And sometimes a terribly steep one.

Ironically, those who go to extremes to convince their kids that sin is NOT fun are usually the same ones who loosely define sin as anything you would consider fun.

Hmm. Go figure. Who would have thought that misguided religious nonsense might have a couple contradictions in it.

The overarching point of the blog post was to address the many different methods Christian parents use to raise their kids to make the right decisions later in life. BONK.

("Bonk" is the sound of me having to hit some over the head with unsubtle, unfunny direct statements.)

Many who raise their kids for 18 years (or up to 30 in a bad economy) try exceedingly to shield their precious snowflakes from the evils of this world, and the same kids then unsurprisingly move out and dive into those said evils head first. I say 'unsurprisingly', but many things which I assume are obvious are not so to everyone.

Are you really convinced you are trusting your kids to do the right thing, while never allowing them a chance to do the wrong thing? How does that work, exactly? Magic? Cool!

In some religions, where women's bodies are apparently the most beguiling and tempting thing on the planet (awesomely close, I'm sure), their solution is to cover all of the women from head to toe... except for eye-slits, of course. How else are they gonna see to go to the kitchen and make us men a sammich?

And of course this fixes everything. If you can't see women, you can't lust after them. Why rape remains rampant in countries that practice this, they have not yet figured out. Those beguiling eyeballs, I guess.

Sound to you like a disgusting, tasteless joke to insinuate it is still the woman's fault? Well, you're right.

What amazes me is when Christian parents emulate this mad method, but just to a smaller degree. They protect little Johnny (poor guy) in his holy bubble, perfectly insulated from alcohol, tobacco and firearms... and cussing... and R-rated movies... and mostly importantly... BOOBIES!

One nipple sighting and the world will literally end. Heaven protect us from them. Amen.

Why so many of these same kids move out and end up over the deep end, we are still trying to figure out.

Part of it might... just might... be related to the fact that as a parent you don't cuss, smoke, drink, listen to "secular music" or watch racy movies and have never once missed a church service in your life, but you're also a self centered ***hole.

I have quite a few atheist friends who are considerably less ***holish, to be frank. (I'm serious... I do.)

It's not a mystery. If you base your "religion" on how much more perfectly spotless and clean you are (at least than "the average"), instead of doing something abstract and useless, like say... oh, I don't know... treating people right and talking to them with respect and kindness, then chances are when your kids leave the nest, they will explore to find and test other ways of being selfish than just being a super religious turd. Just a theory.

I can always tell when I meet a genuine, sincere Christian, before they ever even tell me. They usually have considerable self confidence, while clearly not acting or thinking they are better than me. And damn are they rare.

If you can pass THAT kind of value on to your kid, then you just might not have to try so hard to shield your precious snowflake as much from the gross evils of this world... like HBO, Lady GaGa and my blog.

I just realized that I never got to the topic of Christian imbibing, so I guess that will be part 3 of this 2 part series. (I always try to give 150%.)

If I sound angry and bitter, I assure you that I'm not. Not even close. I just forgot to insert enough inane jokes between the serious stuff. Next time. :)

(Next... Part Three: I stop rambling and get to a point of some kind)
Posted by pshene at 7:29 PM