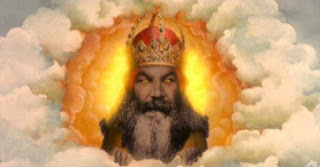 
Wheeeeeeeee! On a scale of 1 to 10, sin is really fun. This has been known for literally hundreds of years.

People who say it isn't fun are lying. If sin was not fun, it would be like vegetables and most Americans would already avoid it like the plague.

As a Christian parent, I have wrestled with the conundrum of hiding this fact from my kids as well as wrestling with other big words like "conundrum".

But how much should we hide it?

Just this last year my wife and I have seen our daughter enter her first year of college and our son become a senior in High School.

At their age, I studied diligently and worked very hard at how best to get into trouble and do things I shouldn't. I had straight A's in dumbassery and about a D or D minus in life skills.

So, how did my kids turn out so differently? Their mom. Hallelujah. OK, not JUST their mom, but still... thank God for her. But there is more to it.

My wife and I somehow got on the topic this morning, as we just recently have been observing more and more kids the same age as ours dabbling in this ancient fine art of dumbassery.

It gradually brought me to something I like to call "thinking". I schedule this uncomfortable activity at least once every month or so. And I came up with some surprising conclusions. Or opinions or something.

The Mrs. and I have very similar and in some cases divergent views on child rearing.

For instance, I felt that their practicing with firearms as soon as they could ride a bike was sensible and she was maybe a little more... hesitant of the idea. (No, I didn't let them use firearms while ON their bikes. Give me some credit.)

I also told her last night that our son agreed that he would be willing to join me in jumping off the world's highest controlled jump, if we ever go back to Las Vegas. Her opinion was a little more reserved and she shared with me, "No, no you're not".

Back in the day, we parents-in-training both agreed our little girl could not paint her room dark purple.

But then we again butt heads a little when it came to the issue of "adult" content in movies, especially as our precious snowflakes got older.

We actually agree more than we disagree on this topic, and certainly both respect and understand the merits of each others standpoint immensely. And we have articulated our opinions and even their differences to the kids, so they also know them quite well.

We didn't flip a coin to see whose belief would win and be "taught" and I opted out of claiming physical dominance or some kind of biblical authority over her. She is incredibly wise and that is partly why I married her.

My beautiful bride probably tips more toward the traditional "American Christian" belief concerning nudity than I do. And this oft described "Puritanical" slant on this topic has obviously taken a much more pivotal position in our society lately.

Especially with the glut of super easily obtainable pornography. Apparently there is some on the Internets. For free.

(My wife would probably also be OK with getting every single bottle of alcohol out of our house. I am in complete agreement, I just want to empty them into my belly first. More on that in Part Two of this exciting series.)

But back to the topic of boobies. You know what... lets just call it "sex and violence". Lump them together for brevity sake. And because using the word "boobies" probably made some of you uncomfortable. Boobies.

I have a very simple philosophy that might be summed up as this: boobies are awesome and violence is not. But they won't let me say this at church. Anymore.

But if I were to forced to say it like a grownup, I think I could.

I would simply say that God created the human body as one of the most beautiful things ever (unless you're 800 pounds, I suppose) and He specifically called it "very good". He also said that He literally hates violence.

(I think if I left out the snark about "800 pounds" that TOTALLY would have sounded like a grown up.)

Between sex and violence, I think it's pretty clear which topic makes God more "uncomfortable" and apparently it is not the same one as many of us.

If you came home to discover complete strangers naked and/or having sex in your living room, it would shock and probably offend you. But it would be something to laugh about down the road.

If you came home to someone being murdered in your living room, you would probably need years of counseling.

Yeah. Go ahead and let that soak in.

And yet most people, certainly Christians included, will more than welcome both of these visuals into their living room with most R rated movies.

(I'm a Christian and own many R rated movies, so bear with me.)

The stark irony is that many Christians are somehow more comfortable with two hours of Hollywood violence, bloodshed and murder than they are with two minutes or even two seconds of a lady's nipples on the screen.

This has always confused me a little.

But to try to get back onto topic, what is a proper and healthy balance for viewing and addressing these huge, age-old "twins"? (I mean "sex and violence", you pervs.)

Call me biased, but I think God's opinion carries a lot of weight.

You could probably argue that He is equally as shocked and uncomfortable as we are at the sight of a woman's breasts as He is to violence. And yet, I somehow doubt that.

Or you could assert (the more popular Christian view) that breasts are just SO super awesome, God demands they almost always be kept under lock and key. Maybe. But again, I tend to question the balance and truth behind it being quite that simplistic.

(If I sound like a hippy, I am not. I was raised by hippies and we stay in touch, but I barely let them influence me. OK, they were a terrible influence, but I mostly recovered.)

I could go into a long rant about how Christian mores and values toward nudity were enormously different in centuries past, evident in over a thousand years of traditional Christian art.

Keep in mind that most of all recorded Christian history happened in a place called "not America". No, I'm serious. Google it.

I think it's called Europe or something and they still have a much more casual view of the topics of sex and nudity than we do. I think with their topless beaches, something like our "Girls Gone Wild" is just redundant, indulgent and silly looking to them.

But that is not really my goal or overarching point here.

I guess I am not trying to stir up a debate per se about sax and violins on television and in movies. I'm not even saying Europe's values are "better". Just throwing stuff out there for consideration.

If you thought my point is lobbying for more sex and nudity in our media and culture, then you missed it. Big time.

But what if our kids were constantly told that sex is beautiful, natural and healthy and should be respected and highly valued, versus it being treated as "dirty", simply because it makes us so uncomfortable to even talk about it?

At this point, especially if you are not a Christian, you might be looking at the sensational title I gave to this blog ("Sin is FUN!") and be thinking to yourself, "hey wait a second, jerko, nudity and sex do not equal sin!"

Can sex be used to sin? Can it be casually misused and maliciously abused to horribly hurt others and damage ourselves, often permanently?

But I also think our reaction to this reality can either be mature and constructive or knee-jerk and destructive. Taking a minute to really think about it certainly couldn't hurt.

Especially if you happened to do the deed yourself at some point, made some little humans in your likeness and you plan on passing on your opinions and values to them.