How to keep your political enemies even closer


All of us are constantly looking for ways to estrange our friends and family, but sometimes it seems like an uphill battle.

It can take years to make all of them upset with you and even longer to make them too angry to ever speak with you again, in preparation of winning the Powerball.

But with the advent of the Internet, it's possible to enrage perfect strangers and your loved ones, often dozens and even hundreds at a time.

Sound too good to be true? Nope.

Thanks to free sites like Facebook and Twitter, it takes literally just one beer too many to post something so offensive that it can even get you fired from your AFLAC duck voice job... or get you, your underwear pic and unfortunate last name all kicked out Congress. 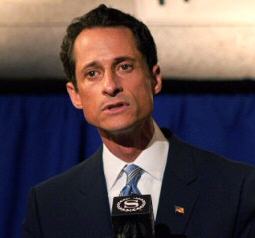 This guy goes together with the Internet as perfectly as peanut butter and cigarettes.

But what if you are picture-shy, have a normal voice and aren't looking to necessarily get fired just yet?

This is where most people forget one of the most unchanging and powerful truths of all time:

Whatever you believe about politics and religion is right and everyone else is wrong.

Also? They are stupid and quite possibly bad people.

Seriously... they're like... "punch a nun and the entire basket of puppies that she's carrying" evil. They probably don't recycle either!

They want to take away all your rights, even the ones you don't know about, and turn America into an oligarchy. Or anarchy. Something ending with "archy" is the thing.

So, with the 2012 Presidential election coming up, this is the perfect time to anger and alienate a solid 50% to 75% of people you know and even strangers, all who are thankfully similarly addicted to their computers and Internet.

Do NOT actually engage anyone in religious or political discussion. This a rookie mistake! Always speak in absolutes and only mention their viewpoints in retrospect as stupid and/or evil. Examples:

WRONG - Why exactly do you think lowering taxes would help the economy?

RIGHT - If you understood the first thing of Keynesian economics, you would already know how your argument is completely flawed and idiotic! Also, you obviously ate paste as a kid and would elect/marry Hitler if you could.

One of the only drawbacks of tearing someone down on the Internet is the inability to actually yell, throw things or use real life special effects, like punches and explosions.

This flaw in written communication has been known for some time and small modifications in how and what we write have had be made to try to compensate.

One tried and true method is TYPING IN ALL CAPS. Another is to only type in caps for SOME of your most IMPORTANT words.

This is surprisingly useful for gently and subconsciously reminding your reader how flamingly stupid they are for not already understanding things as correctly and clearly as you. Try it. Trust me, it WORKS.

Another useful method of paring down your Facebook friend's list closer and closer to double digits is to "get involved", "support your candidate" and "try to make a difference".

In the old days, this often involved giving to charities or volunteering our time in our own communities.

But again, thanks to the Internet making this a smaller world and bringing us all closer together, we are much wiser now and understand that there are so many amazingly colorful and different types of people out there that we hate and would never, ever want to be with in the same room.

For years, those who already knew this had to tell other people they were stupid/evil from a distance by using bumper stickers. Fortunately, this is still a booming industry, but we no longer have to swerve in and out of traffic and cut people off to share our viewpoints.

Imagine forcing them all together at once every single day to sit in a classroom while you write about how wrong they are on the blackboard. Awesome, right?

Now imagine them being so addicted to social media and making the mistake to keep you in their newsfeed that they DO IT ON PURPOSE. That's right... DO it ON purpose.

(Dangit, I put the wrong words in caps.)

Try some these handy conversation stoppers:


Now look... both I and the group gathering on my lawn with pitchforks will be the first to admit that I too am a complete narcissist. Fortunately, I work hard to balance that out with heavy doses of utter, rambling nonsense.

Which brings us to the worst kind of self righteous updates: DIET AND EXERCISE ones.

Oh, you went to the gym 3 days ago? And the next day? And yesterday? AND today? Wow! That's very inspiring, but were you also aware of the fact THAT NOBODY CARES?!?!

Sweet Betty Boop on a pogo stick, if you post one more shirtless "before and after" pic, I swear I will invent a way to punch you through Facebook.

Remember, status updates are supposed to just be a quick way to relieve others of having to insincerely ask "How are you? What have you been up to?" It is very useful in that respect.

We're just not used to real life people answering those questions by loudly blurting out, "MY DASH SAYS IT'S 101 DEGREES. THAT'S HOT!"... , "LOOK AT THIS PASTA I ONCE ATE"... or "OBAMA IS A MUSLIM!"

We used to have to work up to that in conversation, gradually applying both reason and alcohol.

So when Zuckeberg is snuggling himself to sleep tonight, wrapped in a blanket of sewn together $100 bills, just remember how much we all owe him.

Now, get out there, dust off that keyboard and MAKE A DIFFERENCE.