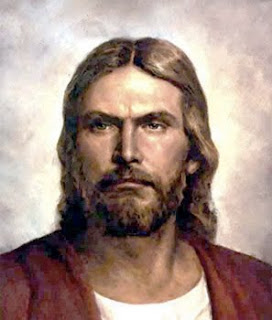 That's NOT funny!
The three quickest ways to make someone angry on the Internet is to reveal that you do not love Obama, Jesus or cats (not necessarily in that order).

OK, I admit I did not vote for Obama and since the exact day that he was declared President (my birthday) is also the day I lost my job and I was out of work for a long time, for a while I felt comfortable blaming all of America's unemployment woes upon him.

Looking back, I can see this was very unfair and now I realize that only 90% of the unemployment problem is directly his fault.

And I also admit that I do not think that 20 whole cats could even approach the awesomeness of just one Corgi.

But I am sensitive enough when company comes over to clear the coffee table of the "101 Ways To Skin A Cat" book I got for Christmas. From Santa himself.

(Seriously, if you love cats, you can rest assured that if you come over, I do not have any such book and even have three cats of my own that I love so much, I will offer them to you on the way out.)

Ironically, despite my regular and public affirmation of loving the Lord, it is almost always other fellow Lord lovers that I offend the most.

I have been a Christian for almost a hundred years now (OK, only 27) and one of the things I learned about being accepted by other believers is that believing in the Lord and loving Him is not enough. It is important that I believe in the Lord and love Him the same way as them.

Now, since most people are not identical (except for twins, which is kinda creepy), this causes a problem. Nobody is exactly the same, so the best we can do is to clump together with those that are somewhat similar.

And we do. We clump like crazy. And even then, we don't always get along.

And while most churches have a good number of people who did not and will never vote for Obama, I still am looking for the one that strictly prohibits ownership of cats.

I prophesied yesterday that I would get deleted as a Facebook friend by one or more people for making fun of the rapture and apocalypse predictions for starting on Saturday. This prophesy came true.

(Not the apocalypse, but my getting deleted. And yes, as prophesies go, it was no more impressive than a fortune cookie, but it still counts.)

Since I know we Christians are renowned for our sense of humor, it was good to see some new, online tools to help keep this gift from ever being exposed to others.

Facebook recently added their "Groups" feature, to give us the power to sort our friends into groups (clumps) and thus what they can and can't see.

At the time, I joked that I was going to create two groups, "Those with a sense of humor" and "Those who get offended easily".

I ended up not actually doing it and I still resist the nagging urges to do so. I am a blabbermouth and my trying to not offend people with what I say would be a constant and largely unrewarding battle.

And I honestly do not deliberately try to offend people (except for fans of Jersey Shore, Lady Gaga and maybe cats), but it is ironic that the Bible speaks at length about our need to not be easily offended and yet there is our great proclivity for just that very thing.

Jesus' very mission and purpose was one of grace and forgiveness, the veritable opposite of taking offense. And I have long believed that God is not only less easily offended as many of us, but also that He has a great sense of humor, even better than any of our own (especially mine).

And along those lines of not easily taking offense, I want to say that if you are an ex-Facebook friend who deleted me, I forgive you. I'm not sure how you saw this blog link with me no longer in your News Feed, but it seems like providence.

And along the lines of my trying harder to not offend you as much and show my heart is in the right place, I hope that if you do happen to not get raptured with me on Saturday, that the zombies take you out quickly, with little suffering.
Posted by pshene at 7:18 AM