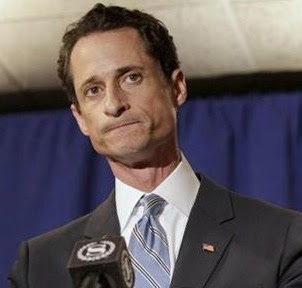 Nope. This aint it.
I may very well be too immature to proclaim what it means to "age gracefully", but I think I am self aware enough to at least spot ways worse than my own.

Also, one of the greatest purposes of the Internet is to dole out unsolicited advice, so brace yourself.

(A friend of mine refers to this online preaching / soapboxing as aggravatingly "declarative statements". These type of comments and blog posts boast "I am a veritable goldmine of truths and wisdom and if you're standing close enough to get spattered by them, it is your own fault.")

If as a man, you are around 50 and have finally saved up enough money to afford the crushing monthly payments on your convertible sports car, then good for you.

I have a theory that middle aged men buy super nice sports cars because they secretly wish to know what it is like for pretty girls who walk down the street and are turning heads. Weird, but acceptable.

But if you buy a vanity plate that says something like "AHEDVU" or "GRT2BME" (actual plates I saw in the last month), then it is all I can do to not chase you down and kick you in your old man berries for making us graying, balding types look stupider than we already do. Cut it out.

I also think getting surgery if you're a woman or dying your hair or getting a toupee if you're a man are examples of not facing Father Time like a man (or woman or whatever).

Instead of liposuction or collagen in your lips/glutes, here is a little known secret formula used by the ancient Egyptians and a few other cultures to stave off the ravages of time:

This will never catch on, as it is so outdated and silly, but is still worth mentioning as a quaint Snapple Fact.

I am in the middle of month 2 of my 90 day P90X campaign and I feel great. As long as "great" is loosely defined as having more energy and being beat up every other day.

I am also no longer eating cake, donuts, cake filled donuts or donut filled cakes with syrup and bacon lard sprinkles. As a result, my daughter is taking me to the mall today to buy some non-stupid pants with a smaller waist, which is nice.

But since these are mostly outward things, I suppose I should touch upon character or personality or something like that. I am admittedly pretty immature. I mostly pretend to be a grownup so people will give me a job. It's one of my many persona. Fortunately, they are all really good looking.

I honestly am not sure what is a happy balance for aging gracefully in that respect. I think gradually becoming more respectful of others, however different than you, is a good sign of maturing. So is not taking yourself so seriously.

And so is sincerely respecting others opinions and feelings, and yet not being so self conscious as to measure your every word and breath with how others might negatively react to it.

But I also eschew the notion that a natural progression of aging is to become more and more serious, if not outright grumpy and miserable. I used to think that was a natural law of the world: "Life keeps kicking you in the ass and after 60 or so years, you're too fed up with that to smile anymore."

I prefer Dave Barry's philosophy, "What I look forward to is continued immaturity followed by death." And I am think I might just be blissfully stupid enough to pull it off.

In the meantime, I am still saving up for that sports car sans dork plates.
Posted by pshene at 8:41 AM