It is good when you can look back at markers along the way to remind you of your experiences each year.

My doctor suggested I try a gluten free diet in late June of 2010 and because it had a positive affect on my chronic pain condition of over 10 years, I stuck with it. And the barley in beer has gluten in it.

But then I found store bought, gluten free beer. It is made with Sore gums or sorhghumh (sp?), instead of barley.

It is just like regular beer without all that extra good taste bogging it down!

In fact, store bought, G.F. beer tastes so much like real malted barley beer that I immediately became a huge fan. OF SCOTCH. (Scotch is also made with malted barley, but the distillation process removes all gluten.)

Then my friend Joseph, who has been brewing beer for years, found a miracle enzyme that has long been used to make beer clearer (called Clarex) that they recently discovered in the laboratory also removes all traces of gluten.

And he offered to help me brew a batch! (Although most of my help consisted of handing a guy with a huge beard my credit card!)

It has not been approved for G.F. Certification yet in the U.S., because we Americans always want fads to die down in Europe for a while, before we take them up and pretend we discovered them.

(And in case you're wondering, you cannot just add it to store bought beer, it must be added during the brewing process.)

Here is how the noble experiment took place: 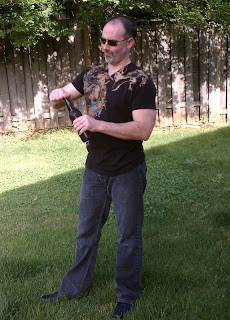 Step One: Unscrew the cap 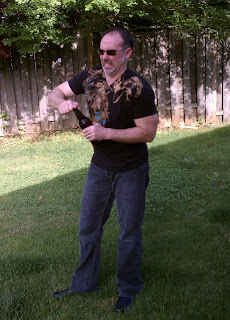 Step One: Um, unscrew the cap 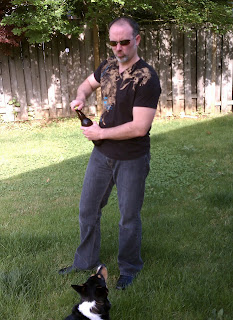 Step One: Pop off unscrewable cap, tell dog to shut up 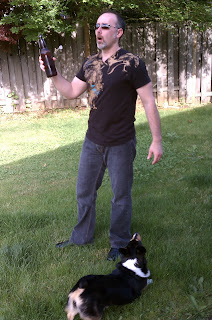 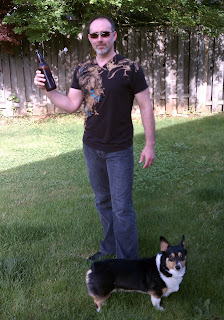 June of 2011 will certainly be remembered as a bittersweet month for me. My aunt died a few days ago and as she has been frail for some time, it was a minor blessing that she went in her sleep, with little suffering. Many of my family and relatives are gathering for her graveside ceremony in New York a few days and I so wish I could be there with them and my cousins, her daughters. If I could, I know I would share a few hugs and laughs, a few tears and a few beers.

Plato said, "He was a wise man who invented beer". Benjamin Franklin also said, "Beer is proof that God loves us and wants us to be happy." And I consider myself very much like those two men, in that I am also balding.

I know my aunt enjoyed a beer many times over the years with those she loved. She is with my uncle and grandparents now and is loved and will be missed terribly.